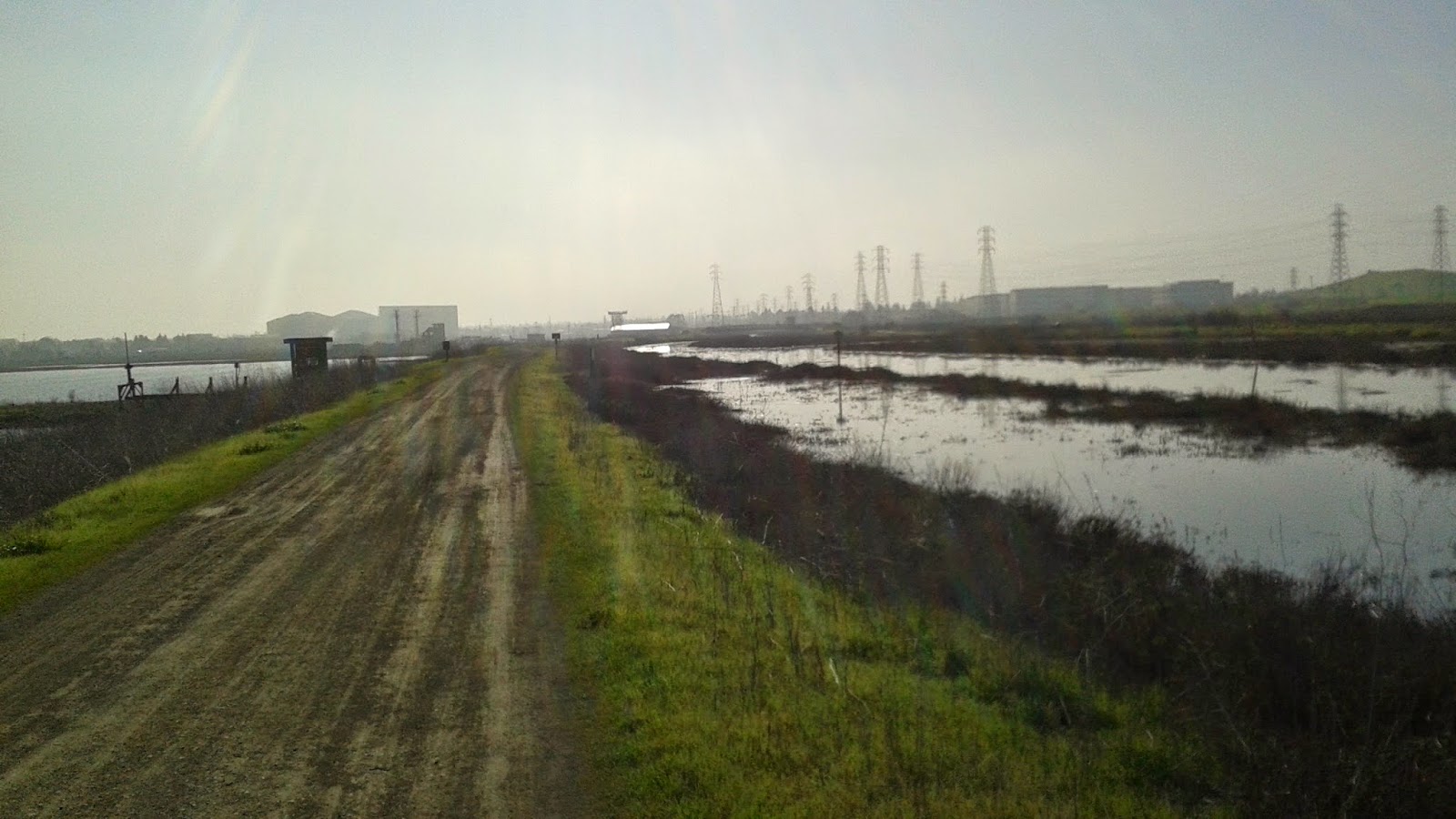 Literally today's king tides - they're happening this week and people are encouraged to go out and document what sea level will be bringing us at some future point, so off I went on my bicycle this morning to snap some blurry pictures on my phone.

This picture has San Francisco Bay at my back, looking towards land in the South Bay (Mountain View). That slough-looking thing on the right would be Stevens Creek under normal conditions. Background buildings are part of the Googleplex on the right and NASA Ames/Moffet Airfield on the left.

Levee freeboard here is about two feet, so even a modest flood at this inconvenient time would be enough to overtop into the saltponds on the left (and other ponds you can't see on the right). That's not great but OTOH they're just ponds. Not a big deal so long as the overtopping doesn't destroy the levee. 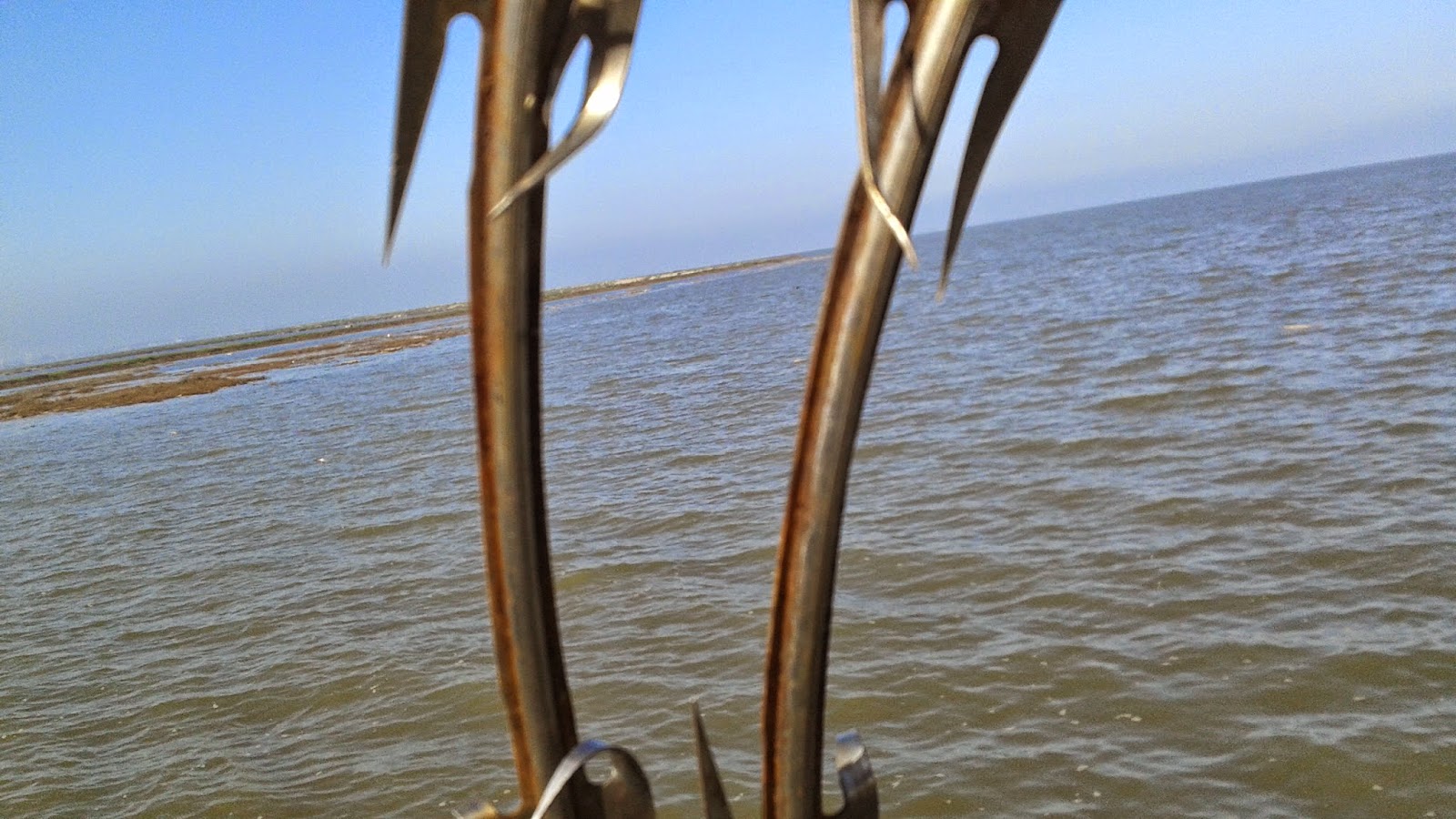 My attempted artsy photo of the creek mouth, taken where the razor-wire fence ends the trail on the levee.  Normally the mouth is further down (this was my running route before my ankle gave up running). Reaching through the razor wire to take the picture wasn't easy. 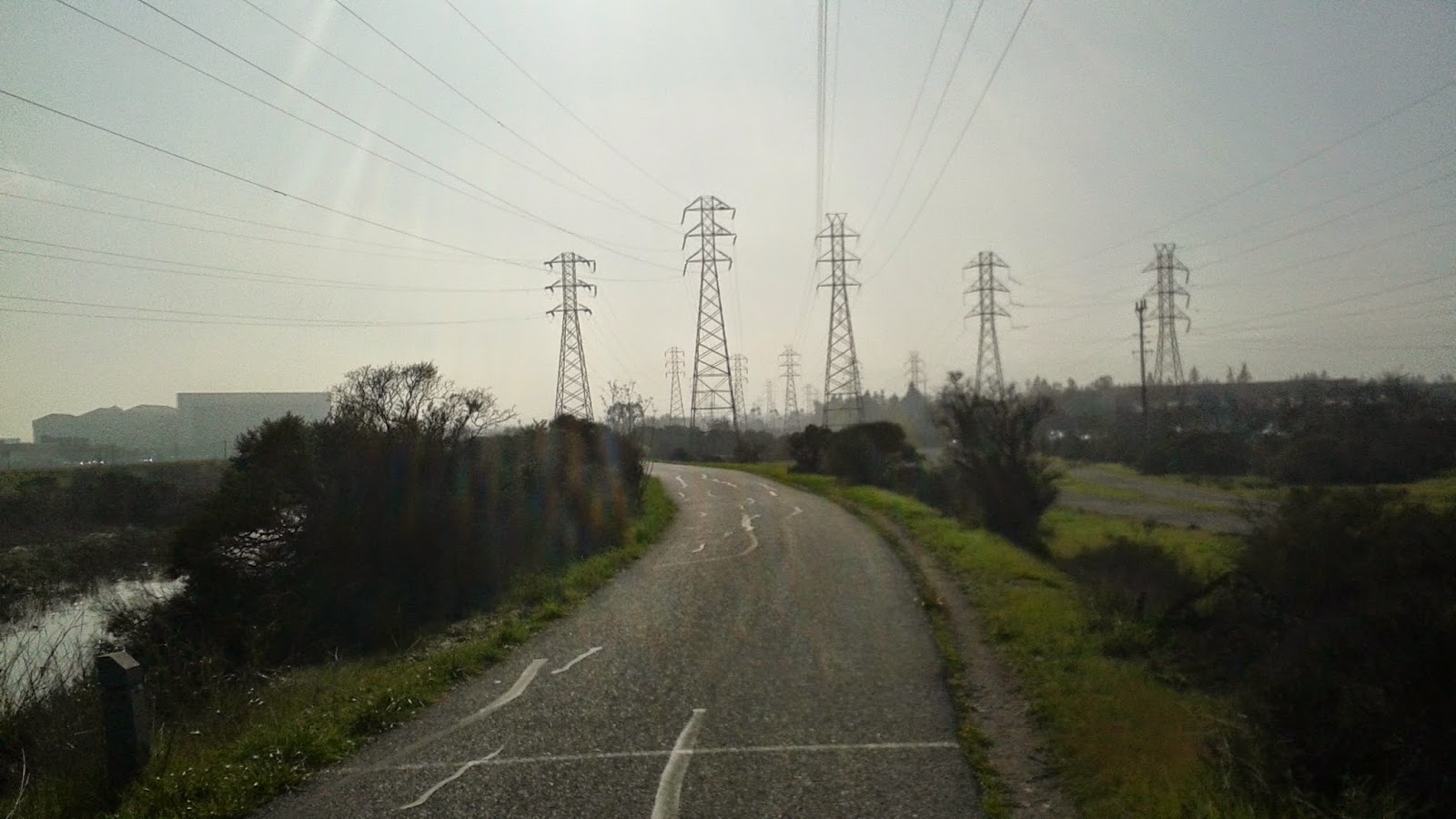 Further upstream here, closer to Google campus and NASA Ames. The creek surface is significantly higher than the land surface, but the freeboard here is more like 6 to 8 feet. That would take a bigger flood, and I also happen to know that the creek has another breakout point a mile or two upstream that would relieve the flooding (onto somebody else).

Someday the Water District will fix that breakout though, so the increased maintenance cost and increased risk from elevated water levels will be permanent.
Posted by Brian at 4/26/2015