Olson summarizes his thoughts on interviewing climate denialist Marc Morano (who won't bet over his position, more evidence that Morano is smart).

I mostly agree with Olson - I think Morano is an effective, dishonest debater, and should be debated only with extreme caution and preparation.

I still think it would be at least a useful exercise for someone to go for the all-out attack, on Morano personally, for his dishonesty in the course of a debate.  To that extent I disagree with Olson's comments.  I also disagree with Olson on likeability - however likeable Morano may be in person, I think Morano is charisma-challenged.  I'd contrast Morano to Bill Gray or Michael Crichton in terms of the latter two being much more likeable.  Morano speaks fast, as he has to in order to practice Gish Gallop lying, but it doesn't help him on likeability.  Another contrast would be Bill Nye's calm takedown of a denialist.  It's the advantage that we have with science on our side, that we don't have to spew a fountain of nonsense in hopes of confusing people.

Finally, since I stumbled on Roger Pielke Jr.'s blogging on the same subject - I thought Roger might give a token slap on the wrist to the denialists, but he skips that step and instead buys Morano's claim to not be a GOP operative.  First, you can't trust anything Morano says that's not verifiable.  But even if it's true that he's only voted for two GOP presidential candidates since 1988, if those two candidates were named Bush, then that's four of six elections (with Morano presumably sitting out or throwing away his vote in the other two).

At least, I don't recall seeing Morano hanging out with us fellow Kerry volunteers in '04 or Obama volunteers in '08, but maybe I overlooked him.
Posted by Brian at 3/30/2010 2 comments:

Not the usual stuff I write about, but I've been following it.  Hard to avoid when their headquarters are two miles from me.

One possible outcome of Google's rebuff to Chinese censorship is that Google would actively join efforts to defeat the Great Firewall.  It's already possible for determined Chinese citizens to beat the Firewall, but a massive and innovative corporation joining those efforts could make it a lot easier.  I suspect that this is one piece of leverage Google retains while China figures out how hard to push against the company.  OTOH, no one else is talking about it, so maybe it's not that important or likely.

James Fallows posted an interesting reader email.  The reader argues that China can't let Google dominate the search market, because China needs the information about domestic society that it can only get from closely monitoring searches.  What's interesting is that it isn't solely a "need" in the typical evil dictatorship way (although it's that too), but a need to understand its own people that it can't get because of the lack of free speech and free elections.

The mostly-negative business community commentary about Google says more about the commenters than Google.  I think they're showing a combination of ressentiment and wanna-be schadenfreude against a successful corporation that they'd like to see taken off its high horse.  Also mixed in is apprehension over anyone taking corporate social responsibility beyond the minimum common denonimator.

I have no idea how it'll play out.  From the sidelines it would be far more interesting to me to see Google really take on Chinese censorship, but I'm not the one who's already walked away from a third of the share of the Chinese search market and still wants to rescue the rest of its business.  Anyone who says Google is just leaving to say face, doesn't have much business sense in my opinion.  I think Google has shown a willingness to take a hit in order to keep some reality in its business motto.
Posted by Brian at 3/29/2010 No comments:

Gorillas are almost entirely herbivorous (they eat some insects, apparently).  We were watching the silverback try to eat a small green vine going up a 25-foot tree, but it snapped when he tried to pull it down.  No problem, though - he stood up and wrenched the whole tree down, putting the entire vine in easy reach.  Gorillas are like small elephants, changing the balance between trees and ground cover in the forest.

A lot of the gorillas spend a significant amount of time foraging in neighboring farms and not just the forest.  Understandable when Bwindi Impenetrable National Park is so small (about 20 by 15 kilometers) and the farmland used to be habitat, but you can also sympathize with subsistence farmers living on less than $2 a day when their tiny plots are torn up by gorillas.  The average woman has 7 to 9 children in her lifetime - they say they need to keep some children home from school to chase wildlife away from their fields.  The organization we volunteered with, Conservation Through Public Health, has a family planning program that attempts to persuade people that smaller families are better.  I've also thought that programs elsewhere to compensate people for damage to their farms, or to pay them to create buffer areas, could be good models to apply at Bwindi.

We did a river wildlife cruise at Queen Elizabeth National Park that was fantastic.  The birdlife in particular was amazing - I'm an indifferent birder overseas where I have no hope of absorbing much understanding, but these were great.

Congo seems to be improving somewhat - we were right on the border and there's lots of traffic.  Rwanda is already open for tourists.  North Uganda, previously dangerous, is now settling down some.  Some good signs in this.  OTOH, we heard that Rwanda wasn't as careful as Uganda in controlling the level of exposure that gorillas, susceptible to human diseases, have to tourists.

Everyone in Uganda and Dubai seemed happy to see Obama as president, although many didn't expect great things either, just less war.
Posted by Brian at 3/26/2010 No comments:

Maybe I'm biased because of Roger Pielke Jr.'s misrepresentations in favor of chemical air capture, but I was a little surprised at the partial thumb's up given by FOE UK to chemical capture.  Because they're sane they give priority to reducing emissions over geoengineering fantasies ("Mitigation has to be the priority for action, action far in excess of currently being considered by politicians is needed.").  Still, they give chemical capture some props, including favoring it over biomass power plus sequestration:

Chemical air capture of carbon is the most promising carbon reduction option, although some research is still needed into safe storage sites. This is a very expensive option which is far more costly than mitigation. However rich countries have already far exceeded their fair share of “environmental space” through releasing far more than their fair share of carbon emissions over the last 200 years. If safe storage sites can be identified rich countries should carry out significant air capture of carbon, in additional to very significant cuts in emissions.

The problem with this analysis is the apples and oranges comparisons of costs.  Chemical capture can only be done at great cost per unit of carbon reduction, so FOE assumes that large costs are allowable for chemical capture but not for the biological techniques.  OTOH, if you assume you're allowed to spend the same amount on biomass or biochar, you can solve at least some of the problems that FOE identified with them.  At least you could provide incentives to use non-agricultural land for biomass production.  This might still produce pressure on natural habitat, but if we're assuming lots of money, there's ways to deal with that too, like paying for increased productivity on farmland instead.

Of course I'm just waving my hands at cost figures instead of crunching them, but that still puts me one step ahead of FOE.  Somebody needs to do the numbers.  Roger claimed to have done the numbers, but 1. his work generally raises doubts in my mind and I'm not going to spend time checking every citation to determine whether it says what he claims it says; 2. he only examines capture costs, not sequestration costs, transport, monitoring, technology development etc ("In this paper I explore some of the economic considerations associated with air capture of carbon dioxide, and do not address issues of storage, which are explored in depth elsewhere"); and 3. he does his own apples to oranges thing of comparing the partial costs of capture to full costs of mitigation in the Stern Report and IPCC (in part 4.1:  "If air capture technology could be implemented at [lowest rate cited by Roger], then the cost to stabilize emissions over the 21st century would be less than the Stern median estimate....The IPCC median value of 1.3% [of global GDP] is less than the costs air capture [sic] at $360 cost per ton of carbon, but almost three times the cost at $100 per ton.")

I hope FOE reconsiders its analysis sometime on an apples to apples basis.  I wouldn't rule out chemical capture, but it needs to considered realistically.
Posted by Brian at 3/24/2010 3 comments: 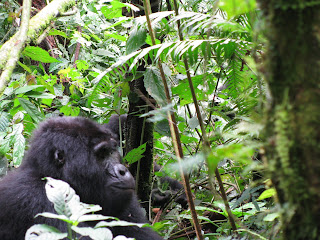 Dubai was a strange place, but worth a short visit.  I wonder if human mobility will mean that much of the world will be like it a century, where 90% of the residents in the country are non-citizen expatriates.  I tend to think of a country as being "for" its citizens, while expats on work visas are just in a commercial relationship with the country.  But when the expats are 90% of the people, have been there for decades, and have done at least 90% of the work of building the country, the question of who the country belongs to is a little muddled.  Anyway, if you go, check out the Sheik Mohammed Center for Cultural Understanding and their "cultural breakfasts," where you can eat excellent food, hear a little about the culture, and ask the women who run the program any questions you want about life and religion in Dubai.
Posted by Brian at 3/23/2010 No comments: