Maybe not perjury, but a beautiful tool for our case 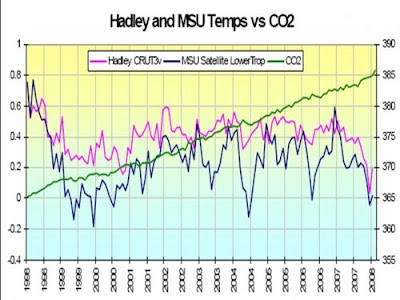 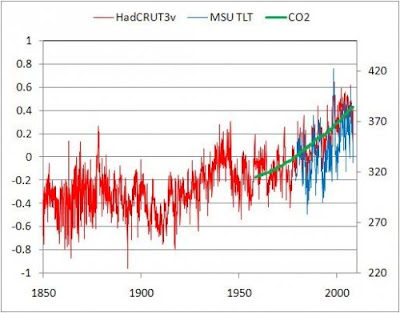 I doubt it's misleading enough to be perjury, but I'd welcome any idiot opponent who actually used it in a climate change case. I'd rather win the case than convict the opposing side's expert for perjury, and you could use the first graph to support the truth.

You're allowed to treat the opposing side's witnesses as adversarial and ask them leading questions with yes-or-no answers. Before I ever showed the second graph, I'd ask these questions:

Well, you clearly consider this a powerful piece of evidence, right? (Yes)

The lack of correlation means to you that CO2 increases didn't change temperature, right? (Yes)

[Several more questions re-enforcing the importance of the noncorrelation]

Now, there is the 2000-2002 series in your graph which does appear to show a correlation between CO2 and temperature, but I assume that's unimportant because the longer, ten-year period doesn't show a correlation, yes? (Yes)

So despite this short-term difference from your conclusion, you are certain it's appropriate to draw your conclusion from the long-term implications of your time series, right? (Yes)

I want to make sure though - you're not biasing your answers but simply giving the objective conclusion that results from the data, right? (Yes)

And had the data shown a tight match between CO2 and temperature, your conclusion that you would be telling us about this data would be different from what you've told us today, right? [Here the witness might argue that correlation doesn't prove causation - refuse to let the witness talk about that, just about whether the conclusion of a non-correlation would've changed.]

So we've established the non-correlation over the longer 10-year term of the data is important, and a correlation would've opened us to a different possibility. Now say the next 10 years continues to show no correlation - doesn't that strengthen your conclusion? (Yes)

And no correlation for the next 100 years, even more so? (Yes)

And a few short stretches during that century with a correlation doesn't matter given the long-term proof, yes? (Yes)

And then, you thank the witness, and when allowed, introduce the second graph above from 1850-present showing the long-term correlation (don't let the witness discuss it, though, it's yours to talk about).

All this is a long-winded way of saying that if the other side uses a piece-of-garbage data to support their opinion, we can use the importance they attach to it by saying whoever has the best data on this issue wins, and then show our hand.
Posted by Brian at 4/19/2008