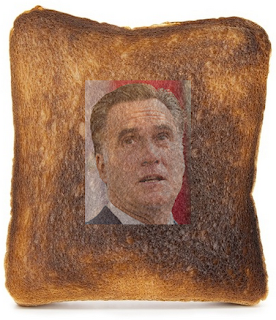 Romney's team is replaying the tricks that Karl Rove wore out several times, a false sense of guaranteed victory.  From saying in 2006 that Republicans would control the Senate and the House right before they lost both, to the current claim of momentum, it's smoke and burnt toast.

In Ohio, polls show Obama ahead, and way ahead in the locked in, early vote:


On one hand, the two candidates are locked in a dead heat among Ohioans who have not yet voted but who say they intend to, with 45% of respondents supporting the President and 45% preferring his Republican challenger.

But Obama has clearly received a boost from Ohio’s early voting period, which began on Oct. 2 and runs through November 5. Among respondents who say they have already voted, Obama holds a two-to-one lead over Romney, 60% to 30%.

When those two groups are combined, the TIME poll reveals, Obama leads by five points overall in Ohio.

“At least for the early vote, the Obama ground game seems to be working,” says Mark Schulman, president of Abt SRBI, which conducted the poll.

Nearly one third of all Ohioans voted early in 2008.

(Emphasis added.)  Romney's losing ground with every day.  If he doesn't pick up three or four points or even more starting now, not just on Election Day, then he loses Ohio (assuming the poll's right, of course).  Nate Silver says the candidate who wins Ohio wins the election in 95% of his simulations.  If Romney loses Ohio, he then needs to win Iowa, Nevada, New Hampshire, Colorado, and Virginia.

Keep talking up that momentum Mitt, but you're losing the race as long as the Democrats do a good ground game on turnout, or someone springs an October surprise.


UPDATE:  I forgot to add the obvious that Ohio is car-manufacturing oriented, and the less-obvious that it's 82% dependent on coal.  This might help explain, although not excuse, Obama's climate silence.