Serengeti Strategy gets the horns 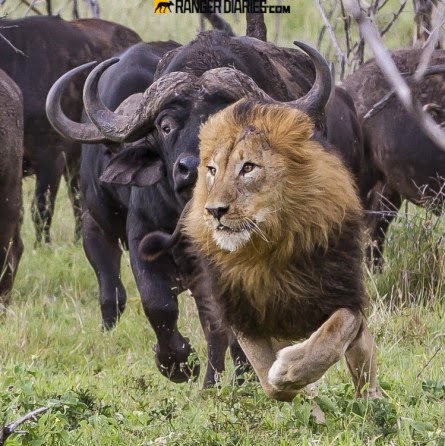 
The Serengeti Strategy targets individual climate scientists for personal attacks as a way to intimidate the entire field. Michael Mann is the most famous target, but another one, Andrew Weaver, just proved a flaw in the strategy when it's based on false statements - it can cost the attacker $50,000.

The Canadian denialist newspaper, the National Post, published repeated nonsense about paleoclimatologist (update:  and general climatologist) Weaver by multiple authors. The paper and all the authors just lost a defamation lawsuit in British Columbia (writeup in the Hill Heat and by Greg Laden, and the opinion is here.)

No info so far on whether there are plans to appeal (American courts typically have 60-90 day deadlines to file an appeal after a decision). Assuming somewhat recklessly throughout this post that there's a broad similarity to American law, both sides could appeal:  the plaintiff could argue he deserves more than $50k, especially to dispute the ruling finding no malice, only falsity in the statements (i.e., no conclusion they were deliberately lying). Defendants could argue the court was just wrong.

Appellate courts usually defer to lower court's factual findings, so it will be difficult for either side to change the ruling, (the court is called the BC Supreme Court, but it's a lower court, in a Canadian attempt to prove themselves as ridiculous at naming conventions as New Yorkers are). If I were a defendant and had the money to do it, I'd appeal. I wouldn't if I were Weaver (who mostly won), but I would file a cross-appeal on the amount of damages if the defendants do appeal. No idea if a settlement is possible, but defendants will now have to offer better terms than they needed four years ago when the case was filed.

Three points in particular I'd emphasize:  first, while the decision isn't binding on anyone other than the parties, it does give a sense of what a legal expert with no particular axe to grind thinks about these cases, and there's a lot of similarities to the wild allegations in the other climate defamation cases in Canada and the US.

Second, the legal standard is different in the US, but legal realism suggests a similar outcome. The judge here didn't find malice, which a public figure plaintiff has to show in American defamation law, but she didn't need to make that finding in order to punish bad behavior. Legal realism argues that judges make decisions for many reasons in addition to abstract application of law to the facts. The BC judge could punish the clearly bad behavior just by finding they were indifferent to the truth but in America you have to show at least "reckless" indifference for a public figure to win, and a judge is more likely to make that step if the alternative lets the defendants get away with it.

Third, the individual defendant authors aren't just responsible for their separate defamation of Weaver but are also jointly responsible for the overall damage they jointly caused. IOW, if you're a denialist who wants to write nonsense in a denialist rag because they're willing to regularly publish such nonsense, you could be in more trouble than you bargained for. You might want to be a little more careful of where you publish, or maybe try writing the truth.

I'll end with two excerpts from the opinion, first on joint liability:

In Hill v. Church of Scientology of Toronto, [1995] 2 S.C.R. 1130 at para. 176, the Supreme Court of Canada noted that it is well-established that all individuals involved in the commission of a joint tort are jointly and severally liable for the injury:

It is a well-established principle that all persons who are involved in the commission of a joint tort are jointly and severally liable for the damages caused by that tort. If one person writes a libel, another repeats it, and a third approves what is written, they all have made the defamatory libel. Both the person who originally utters the defamatory statement, and the individual who expresses agreement with it, are liable for the injury.

[182] The evidence is that Mr. Foster and Mr. Corcoran communicated on Weaver’s Web; indeed Mr. Corcoran added to it; they communicated about this particular theme that ultimately ran through all four articles, i.e. Dr. Weaver’s deceit and alleged distraction from Climategate.

[183] Furthermore they are all writing for the same publication which published this series of articles. Ultimately, I have found the cumulative effect of the articles, particularly the first three, to make the same defamatory theme of Dr. Weaver’s character, of lack of integrity and scientific incompetence and/or deceit.


Second on the malice issue:

[246] As noted in Creative Salmon at para. 33, malice is a state of mind. While Dr. Weaver argues malice is evident in the defendants’ actions, I do not find malice to be present. Rather, I conclude the defendants definitively espouse a skeptical view of climate change and are unwavering in their expression of this. While certainly entitled to express those views, in this case as part of that expression, they deliberately created a negative impression of Dr. Weaver.

[247] In doing so, I conclude the defendants have been careless or indifferent to the accuracy of the facts. As evident from the testimony of the defendants, they were more interested in espousing a particular view than assessing the accuracy of the facts. This lack of accuracy has led in part to my conclusion that certain aspects of the articles, especially when read together, are defamatory and are not saved by the fair comment defence. This is not sufficient, however, to lead to a finding of malice.


And one more thing:  unless they work it out quietly, there could be an interesting catfight among defendants on who pays the damages.
Posted by Brian at 4/26/2015