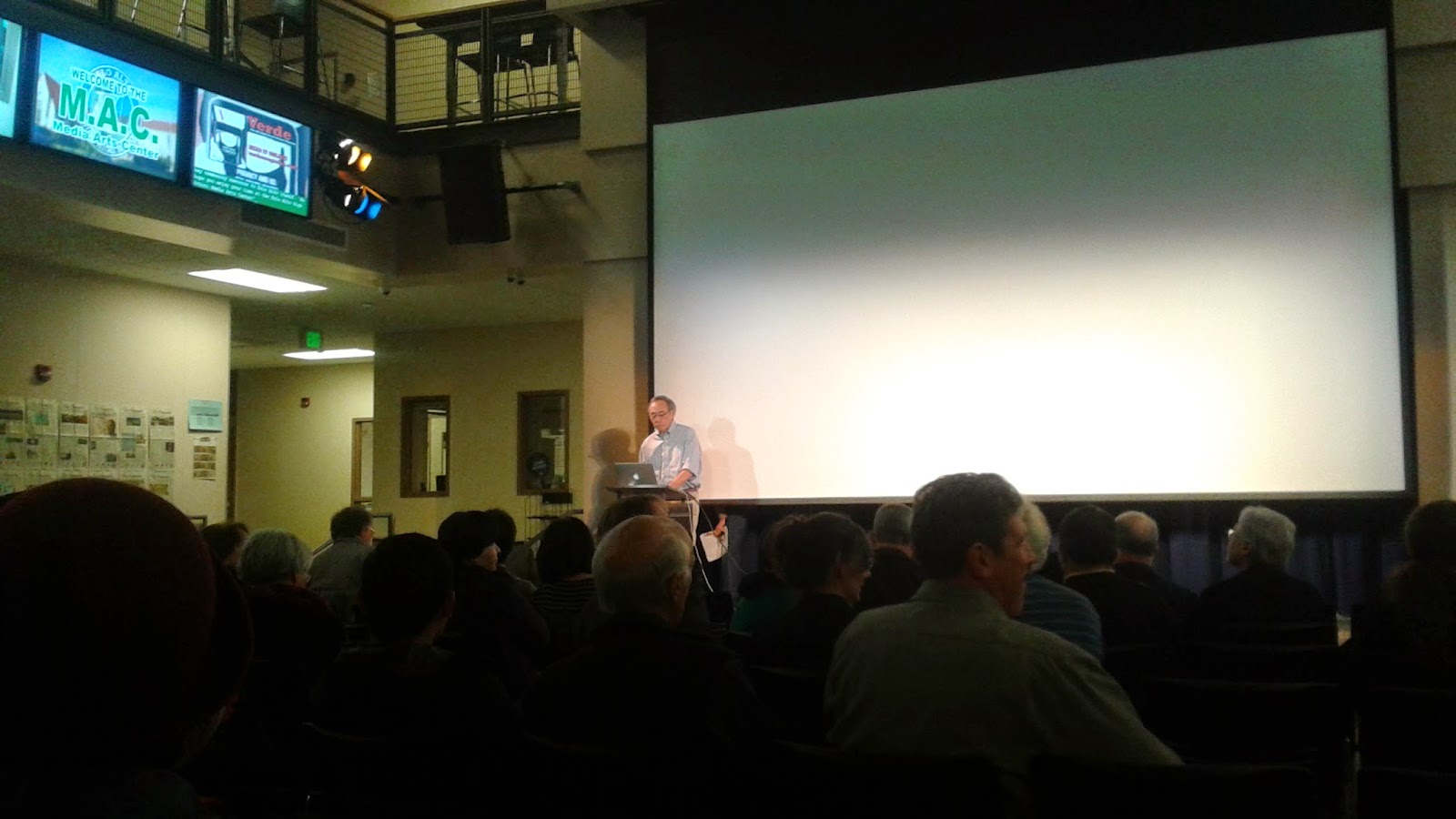 Last night I went to Palo Alto High School's Great Minds lecture by Steven Chu on climate change. For those unfamiliar with Palo Alto public schools, billionaires send their kids there - they're pretty well decked out.

Chu is all in on using tobacco as the analog for climate, which he did at great length during the discussion (including comparing the corporate disinformation tactics). He did a good job overall, being a professor has made him a good speaker. He said the 500-1000 year period to mostly recover from the effects of GHG emissions is an imposition on costs on umpteen future generations, "500 to 1000 years of future generations breathing our second-hand smoke."

The kindly professor showed some steel at two points during Q&A, sharply correcting two people who misstated something he'd said previously. Guess you need that to survive at a high level in DC.

Few other random notes:  very bullish on wind and solar, believes the business world has really seen the light. He's also bullish on battery technology and has his own business venture in the area. I hope he's right. For all that he still sees a long-term future for fossil fuels - I can't remember quite what he said and don't want to get sharply corrected, but it seemed like 20% of energy to come from fossil fuels well into the second half of this century.

He's supportive of nuclear power but not in the US, saying we take too long to make it happen, and that utilities keep messing around with designs instead of turning out cookie-cutter plants like they do in South Korea and did in France (EDIT - he's pessimistic about near term prospects in the US, but still supports nuclear power). He also supports carbon sequestration and is doing research in that area. I tried to ask a question about the economic failures in that area but didn't get the chance.

He made fun of his fellow physicists for believing they can understand anything in science, but then attempts to do the same thing himself.

New fact:  he was the first scientist ever appointed to a Cabinet-level position, and was replaced by another scientist (Ernest Moniz). He gives Obama a lot of credit for appointing scientists against the advice of people surrounding him, who don't think scientists play well in the DC pool.

EXTENDED REMARKS (Eli)  From YouTube, a talk by Chu at the Stanford Business School.

MOAR EXTENDED REMARKS (Brian) The YouTube clip is pretty similar to his Paly talk. He gives an extended version of the second-hand smoke allegory 15 minutes in, although I think he was pithier with the high school audience.
Posted by Brian at 4/26/2015