It's not the idea, it's the execution 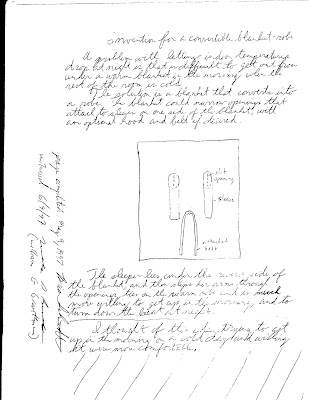 I hope the scan from my little invention notebook in 1997 is readable. The video is what somebody else has done with their own version of the idea to make it a reality. I did play around with the idea way back when, and even had some prototypes made, but that was as far as I got. I've thought for some time now that carrying out a good idea is far harder than having a good idea, something that really struck me when I watched the documentary on the fall of Enron. The Snuggie people understand execution.
Posted by Brian at 2/17/2009